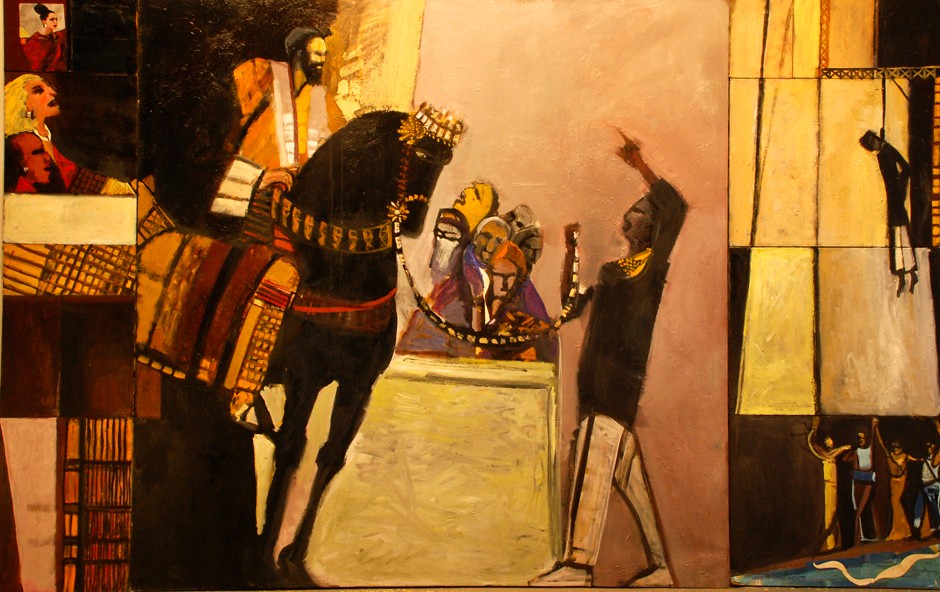 11 Then took Haman the clothing and the horse, and arrayed Mordecai, and brought him on horseback through the street of the city, and proclaimed before him, Thus shall it be done to the man whom the king delights to honor. 12 And Mordecai came again to the king’s gate. But Haman hurried to his house mourning, and having his head covered. 13 And Haman told Zeresh his wife and all his friends every thing that had befallen him. Then said his wise men and Zeresh his wife to him, If Mordecai, before whom you have begun to fall, is of the seed of the Jews, you shall not prevail against him, but shall surely fall before him. 14 And while they were still talking with him, came the king’s eunuchs, and hurried to bring Haman to the banquet that Esther had prepared.