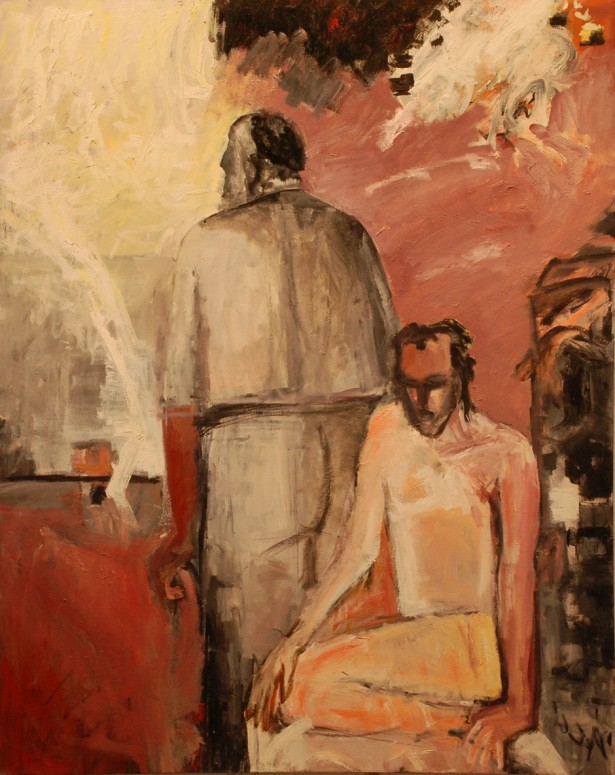 The shattered father and son relationship was an early subject. In spite of the traditional commentaries that maintain that Abraham and Isaac were united in doing God’s will, it always seemed to me that the near-death experience of Isaac at the hands of his father would irrevocably alter their relationship as well as their own personalities. Isaac disappears from the text after he is placed on the altar until he reappears 93 verses later to greet his new wife Rebecca. Notably, Isaac is the most withdrawn and enigmatic of the three patriarchs.