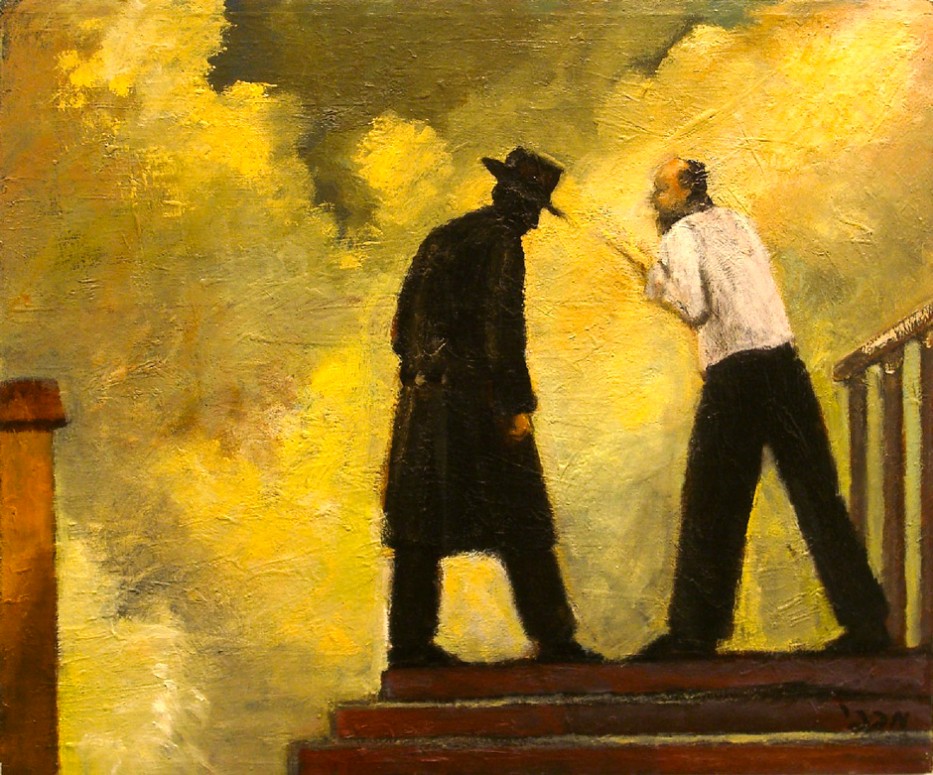 Tzitzit and the Harlot

It was taught: R. Nathan said, There is not a single precept in the Torah, even the lightest, whose reward is not enjoyed in this world; and as to its reward in the future world I know not how great it is. Go and learn this from the precept of zizith.

Once a man, who was very scrupulous about the precept of zizith, heard of a certain harlot in one of the towns by the sea who accepted four hundred gold [denars] for her hire. He sent her four hundred gold [denars] and appointed a day with her. When the day arrived he came and waited at her door, and her maid came and told her, “That man who sent you four hundred gold [denars] is here and waiting at the door;” to which she replied “Let him come in.” When he came in she prepared for him seven beds, six of silver and one of gold; and between one bed and the other there were steps of silver, but the last were of gold. She then went up to the top bed and lay down upon it naked.

He too went up after her in his desire to sit naked with her, when all of a sudden the four fringes [of his garment] struck him across the face; whereupon he slipped off and sat upon the ground. She also slipped off and sat upon the ground and said, “By the Roman Capitol, I will not leave you alone until you tell me what blemish you saw in me.” “By the Temple,” he replied, “never have I seen a woman as beautiful as you are; but there is one precept which the Lord our God has commanded us, it is called zizith, and with regard to it the expression ‘I am the Lord your God’ is twice written, signifying, I am He who will exact punishment in the future, and I am He who will give reward in the future. Now [the zizith] appeared to me as four witnesses [testifying against me].”

She said, “I will not leave you until you tell me your name, the name of your town, the name of your teacher, the name of your school in which you study the Torah.” He wrote all this down and handed it to her. Thereupon she arose and divided her estate into three parts; one third for the government, one third to be distributed among the poor, and one third she took with her in her hand; the bed clothes, however, she retained.

She then came to the Beth Hamidrash of R. Hiyya, and said to him, “Master, give instructions about me that they make me a proselyte.” “My daughter,” he replied; “perhaps you have set your eyes on one of the disciples?” She thereupon took out the script and handed it to him. “Go,” said he “and enjoy your acquisition.” Those very bed-clothes which she had spread for him for an illicit purpose she now spread out for him lawfully. This is the reward [of the precept] in this world; and as for its reward in the future world I know not how great it is.