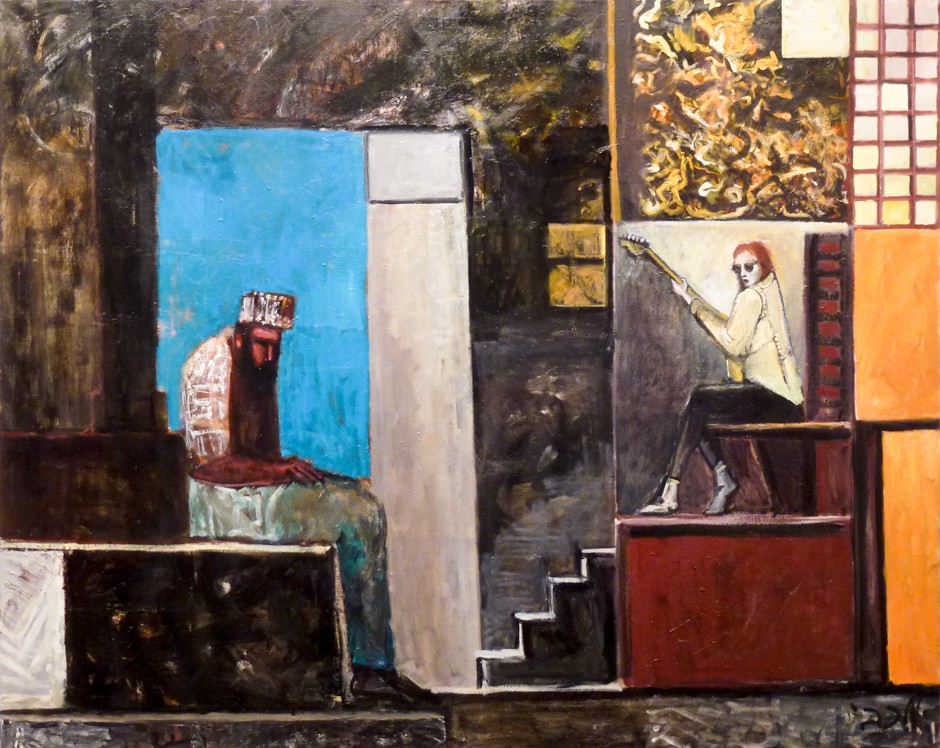 19 And Saul sent messengers to Jesse, and said, Send me David your son, who is with the sheep. 20 And Jesse took an ass laden with bread, and a skin of wine, and a kid, and sent them with David his son to Saul. 21 And David came to Saul, and stood before him; and he loved him greatly; and he became his armor bearer. 22 And Saul sent to Jesse, saying, Let David, I beseech you, stand before me; for he has found favor in my sight. 23 And it came to pass, when the evil spirit from God was upon Saul, that David took a lyre, and played with his hand; so Saul was refreshed, and was well, and the evil spirit departed from him.

8 And there was war again; and David went out, and fought with the Philistines, and slew them with a great slaughter; and they fled from him. 9 And the evil spirit from the Lord was upon Saul, as he sat in his house with his spear in his hand; and David played with his hand. 10 And Saul sought to strike David to the wall with the spear; but he slipped away from Saul’s presence, and he struck the spear into the wall; and David fled, and escaped that night.