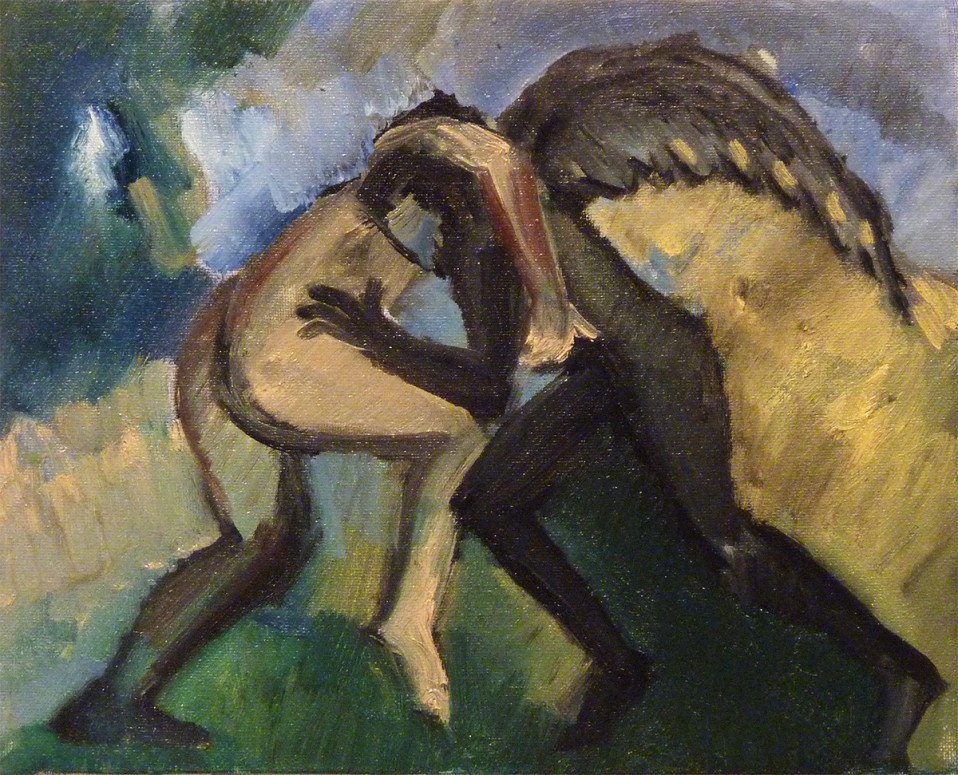 Wrestling With the Angel

22 So went the present before him; and he himself lodged that night in the camp. 23 And he rose that night, and took his two wives, and his two women servants, and his eleven sons, and passed over the ford Jabbok. 24 And he took them, and sent them over the brook, and sent over that which he had.

25 And Jacob was left alone; and there wrestled a man with him until the breaking of the day.

26 And when he saw that he prevailed not against him, he touched the hollow of his thigh; and the hollow of Jacob’s thigh was out of joint, as he wrestled with him. 27 And he said, Let me go, for the day breaks. And he said, I will not let you go, except you bless me. 28 And he said to him, What is your name? And he said, Jacob. 29 And he said, Your name shall be called no more Jacob, but Israel; for as a prince you have power with God and with men, and have prevailed. 30 And Jacob asked him, and said, Tell me, I beg you, your name. And he said, Why is it that you ask after my name? And he blessed him there. 31 And Jacob called the name of the place Peniel; for I have seen God face to face, and my life is preserved. 32 And as he passed over Penuel the sun rose upon him, and he limped upon his thigh. 33 Therefore the people of Israel do not eat of the sinew of the vein, which is in the hollow of the thigh, to this day; because he touched the hollow of Jacob’s thigh in the sinew of the vein.