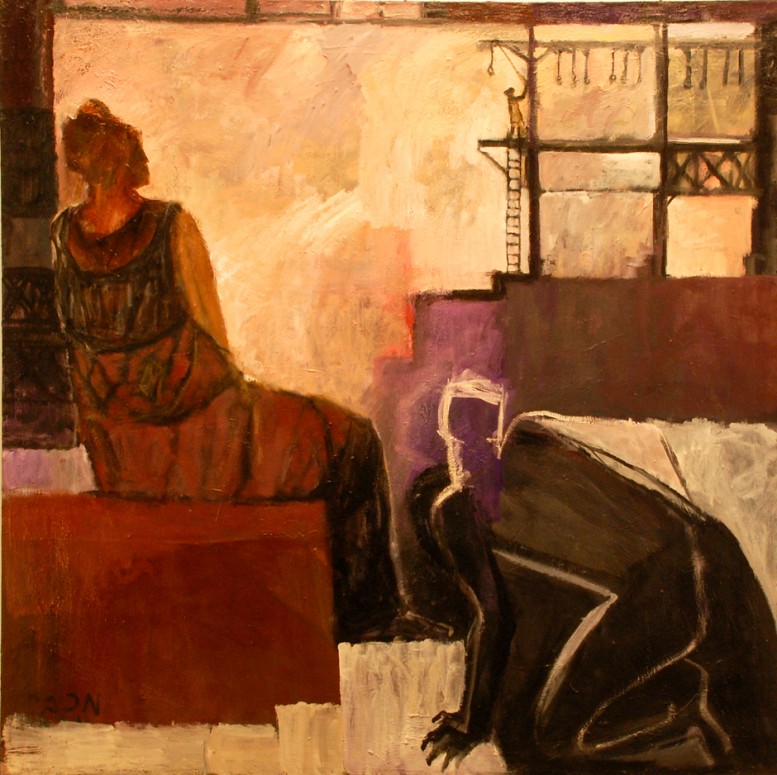 8 Then the king returned from the palace garden to the place of the wine drinking; and Haman was falling upon the couch where Esther was. Then said the king, Will he also force the queen with me present in the house? As the word went out of the king’s mouth, they covered Haman’s face. 9 And Harbonah, one of the eunuchs, said before the king, Behold also, the gallows fifty cubits high, which Haman had made for Mordecai, who had spoken good for the king, stands in the house of Haman. Then the king said, Hang him on it. 10 So they hanged Haman on the gallows that he had prepared for Mordecai. Then was the king’s wrath pacified.