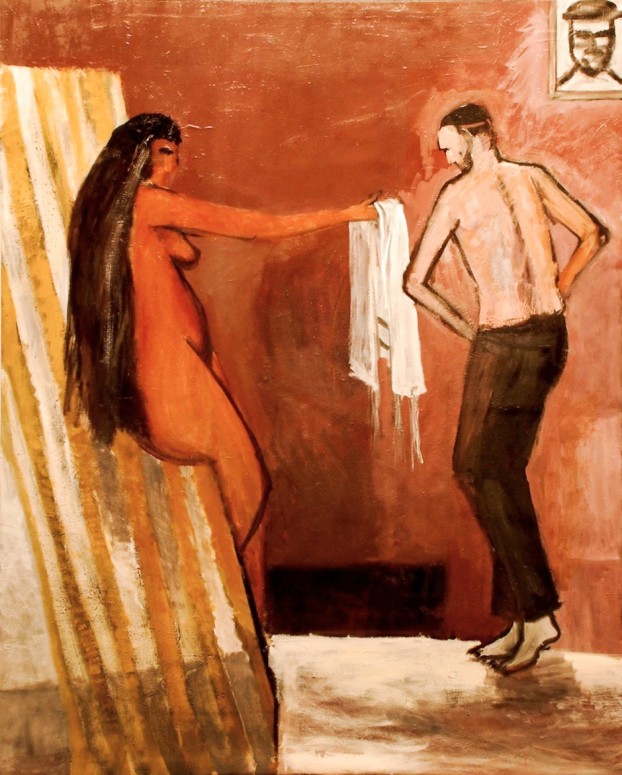 6 And Joseph was handsome and good looking. 7 And it came to pass after these things, that his master’s wife cast her eyes upon Joseph; and she said, Lie with me. 8 But he refused, and said to his master’s wife, Behold, my master knows not what is with me in the house, and he has committed all that he has to my hand; 9 There is none greater in this house than I; nor has he kept back any thing from me but you, because you are his wife; how then can I do this great wickedness, and sin against God? 10 And it came to pass, as she spoke to Joseph day by day, that he listened not to her, to lie by her, or to be with her. 11 And it came to pass about this time, that Joseph went into the house to do his business; and there was none of the men of the house there inside.

So here it says that the days of Israel “drew near,” that is, without reproach and with unalloyed joy; and hence the name “Israel” is used, because it points to a greater perfection than the name Jacob. R. Jose said: “There are some righteous whose days when enumerated are put afar from the King, and others whose days are brought near to the King. It is they whose portion is blessed, and Israel was one of them.”

AND HE CALLED HIS SON JOSEPH. R. Abba said: Joseph is called Jacob’s son par excellence, because, as we have learnt, when Potiphar’s wife tempted him, he lifted up his eyes and saw the image of his father (as it says, “and there was none of the men of the house there within” (Gen. 39:11), as much as to say, “but there was someone else”), and he thereupon resisted and withdrew.

Hence it was that when Jacob came to bless his sons he said: “I know, my son, I know” (Gen. 48:19), repeating the word, as much as to say, “I know of the time when you proved in your own body that you were my son, and I also know that, as you say, this is the elder.” Another explanation why he called him specially “my son” is that they closely resembled one another, so that whoever saw Joseph could testify that he was the son of Jacob. R. Jose said that another reason was that he supported him and his family in his old age.